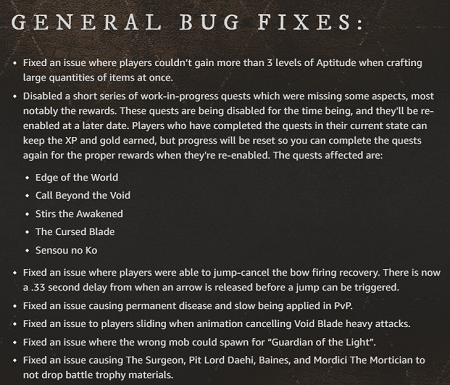 Today, the official website released the 1.2.2 update. To be honest, the speed of this update is surprising. AGS is working hard to perfect the game, but are they doing anything close to perfection? Let's take a look at what's released today.

Fixed an issue where players couldn’t gain more than 3 levels of Aptitude when crafting large quantities of items at once. Disabled some ongoing quests that lacked rewards. (But don’t worry about this, because you can keep the XP and gold earned but progress will be reset so you can complete the quests again. ) Other fix are about weapons and small things.

Obviously, it’s not enough. There are 2 parts can prove this.

Second, there are no real difference among fractions. Which fraction will win? According to the feedback of New World players, they are in different fractions but do the same quests and get same rewards. So can we just choose our favoutite colour, not fraction? Although they have posted a vote like this as follow. 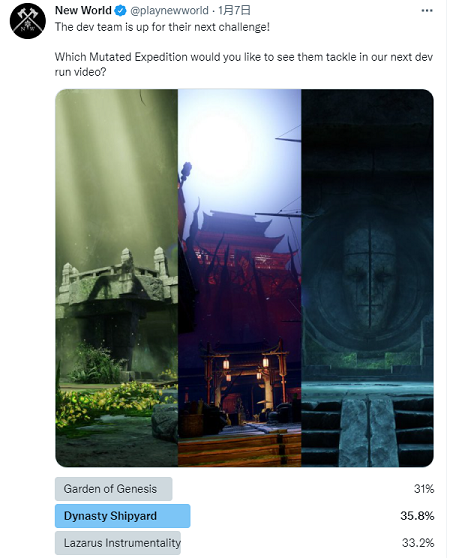 Besides, after the update was released, the player announced their dissatisfaction on the official forum immediately. Like unable to progress fraction rank ,they just replied that “We are fixing the bug so players can continue to progress, right now most players should be able to progress on faction missions and get to rank 3.”