Here at the gamer, the hatchet is an old friend we tend to gush over, how could we not, it cooperates so well with others and the spear is no exception. If you have ever played a game with pvp or competitive gameplay you know just how annoying and essential crowd control can be. So this build you can consider may be helpful for you.

New World combat is hardly exempt from the influence of crowd control . The spear has the longest reach of any melee weapon in new world making it ideal for pvp combat. Its "Zoner" tree provides throwing attacks and Crowd Control in the form of a knockdown and pushback, while the "Impaler" tree focuses on damage and synergy with Bleed and Rend stacks. 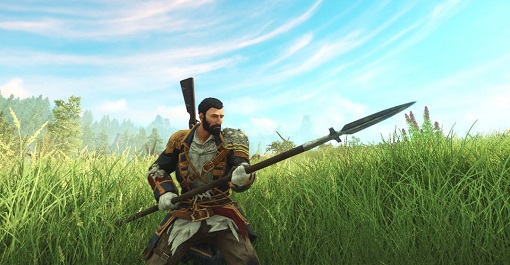 Old rules: let’s talk about some details of its "Zoner" tree and "Impaler" tree.

Forceful Impact: Targets are knocked down on hit.

And about attributes, we recommended you focus on getting your Strength increased first or investing 150 points into Dexterity directly. With optimal gear, you should have an even split between the two or a slight bias towards Strength. Light or medium armor will work for this build.

Here are a nice build you should consider for the spear- equipped with hatchet. Pairing the raw agile damage of the hatchet with a cc of the spear is a pvp combat nightmare. For the spear and hatchet build you will want to pick up the javelin, vault kick and sweep abilities for your spear; these abilities focus on long range damage stuns and knockdowns for passives.