New World How to Get All Types of Gypsum

Gypsum is a new endgame system that arrived with Update 1.2 on December 16, 2021 that adds guaranteed Expertise progression for Level 60 players. It can be farmed from several sources, such as Expedition bosses, Arenas, and Corrupted Breaches, and is then transformed into Gypsum Orbs at a new Kiln Station in settlements. This guide will show you how to get each Gypsum type in the game and next time we’ll talk how to use Gypsum. 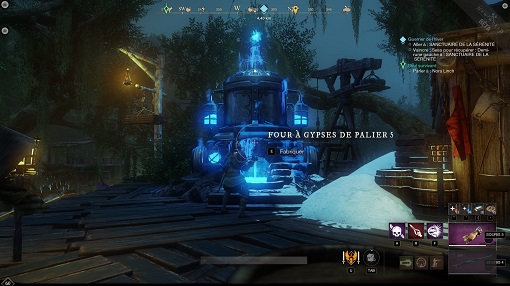 Each type of Gypsum will require players to complete different kinds of end-game activities. First is Obsidian, it can be acquired by defeating level 60+ open world named bosses. Do note that the gypsum drop is not guaranteed, sometimes requiring multiple runs at a boss to obtain 3. Second is Sapphire Gypsum. It will drop once players defeat either of the final bosses of The Lazarus Instrumentality and Garden of Genesis expeditions. Run any of the two to get Sapphire Gypsum. And the red diamond Ruby Gypsum can be obtained by completing Outpost Rush matches. Players can queue up for a match by speaking to their respective Faction Representative within the settlement. Then Reaching a marker will instantly grant players an Emeral Gypsum along with a Trade Skill Aptitude Cache. Progress each 200 trade skill in order to continue earning more Emerald Gypsum.

Citrine Gypsum can be earned by completing Arenas in New World. There are a total of 3 Arenas as of Update 1.2 that players can complete in order to earn Citrine Gypsum; Amethys Gypsum can be found by closing Level 60+ Corrupted Breaches. Party up with a large group and clear high-level corrupted breaches in Ebonscale Reach, Reekwater, or Shattered Mountain to earn this Gypsum type. Topaz Gypsum can be found by consuming a Topaz Gypsum Attunment Potion crafted at a Tier 5 Camp. Upon drinking, players will be given 60 minutes to kill level 55+ enemies. And the last one,Diamond Gypsum can only be obtained during Special Events in New World. The current special, limited time event is the Winter Convergence Festival introduced by Update 1.2.

Hurry up and gather all the types during the holiday!!