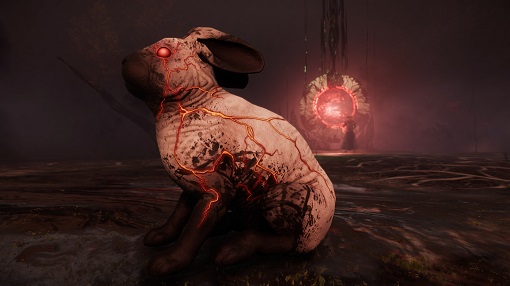 Previously, a major update added the Winter Fusion Festival, a new winter event with quests, special events, and more. Recently, a hotfix was also released. Unfortunately, players are still experiencing some issues with the game. Today's New World Games update 1.4.2 will address some of these bugs.

Corruption has possessed rabbits all over Aeternum. For a planned duration of 2 weeks, players can hunt them down for special rewards such as:

Defiled Rabbit’s Foot, an enchanted consumable that grants players extra luck for 40 minutes when used. The strength of its effect scales with player level, and players can collect up to 5 per day.

Diamond Gypsum, which can be used to increase expertise for a type of gear of the player’s choosing. Players can collect up to 3 per day.

Defiled Storage Chest of the Hare, an incredible rare drop which provides superior storage capacity and an intriguing Corruption visual effect for the player’s home. Limit 1 per player.

Earthly Hidden Stashes will temporarily be on hiatus while Corrupted rabbits are in season, but will return once the event concludes.

Disabled previous versions of the “Saboteur” and “Master of the Tempest” quests to allow completion via the new “Solo” alternative. Players that have either old quest versions pending in their Journal will have to re-obtain the associated expedition quest, but will now be able to take the alternative objective if desired.

Fixed several spots in both Isabella and Neishatun’s boss arenas where players could intentionally stand or go prone and avoid aggro or attacks.

Fixed an issue where Neishatun could become unresponsive during his encounter.