Open beta of New World he has now ended. How do you feel? Do you have higher expectations for this new game launched on 9.28?

We found that after the end of the open beta, everyone discussed the new world intensively. So, what are these problems?

Some popular mmorpg games (such as WOW, RS, etc.) have mounts, but as a mmorpg type game, New World doesn’t have mounts, which sparked heated discussions. 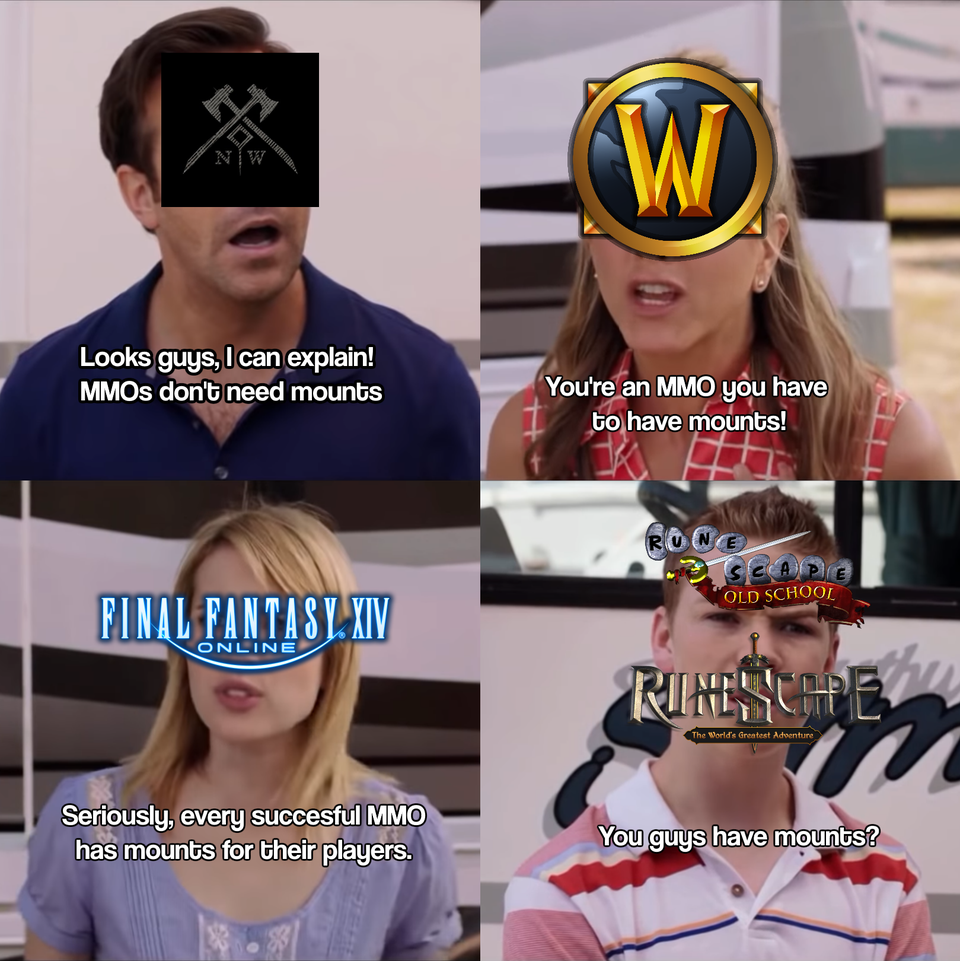 I think for those players who want to mount, they want New World mounts for the following reasons:

1.Most people don't want mounts per se. They want to be faster crossing the overworld and mounts are just an easy to think of way to do that.

2.They like being able to collect different types of mounts or be able to get different armor or skins for their mounts.

What are the thoughts of other players who don't want New World mounts?

1.There's teleportation capability across the map which is instant and feels sufficient. From a gameplay perspective the game is actually better without mounts when out in the open world. If anything they should increase the Azoth cap.

2.Mounts would completely destroy the feeling and the possiblities of truely discovering the world by foot.Mounts can be usefull, but some players don't think that they would have the same effect in new world, like they have in other games.

3.Mounts (horses maybe) working in an expansion where the map is designed around traveling and exploring with mounts. But adding them to the current map would make it feel so much smaller and less difficult to traverse, and it would also defeat the random PvP aspect.

4.The current map of the new world is not big enough,WOW and FFXIV worlds are much larger than NW, yet even there mounts trivialize the world scale.

PvP Scaling ensured that more open world PvP encounters were competitive.It is more interesting and more viable to be marked in the Closed Beta So New World's development team "Nerfing PVP scaling" in the Open Beta, which caused dissatisfaction among many players.


These players think thatPVP scaling promoted PVP, it made lower level people less scared of bigger fish. Now people are feeling uncomfortable to go into PVP mode. Moreover, the hardcore grinders will always have the upperhand, thats why PVP scaling is necessary.Most of the time now in PVP if someone is lower level he will just run away.

We don’t know if Amazon will reconsider this issue and make changes again before launch on September 28.

Do you have any views on these issues?