How to do the main task of World of Warcraft —— 9.0 main task process strategies 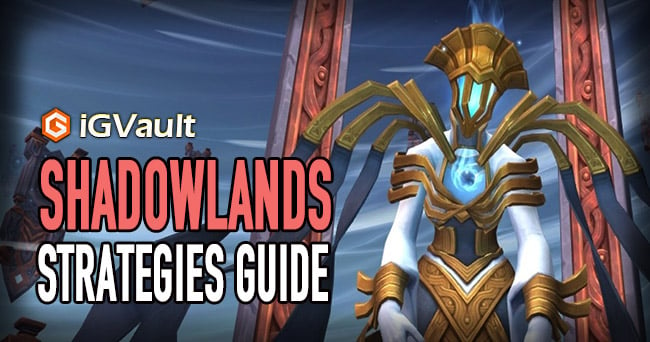 The mission line of the Path of Exile begin on a ship near the shore of Stormheim. After the player logs in, he can talk to Captain Garrick for the task "Warm up". The specific process is almost the same as the current guidance tasks.

After practicing your hands on the training dummy and defeating the infantry you are training with, you can rise to level 2 and learn a new skill (for example, the warlock learned the Corruption at this time).
At this time, you can accept the mission "Resisting the Impact"

After accepting the mission, the climate on the sea changed and heavy rain hit. After talking to Captain Garrick, the game will play a cg: The ship the player is on will be stranded,at this point, welcome everyone to the exile!

2. Our best friend is the Murloc


At this time, the first task is to kill the Murlocs around us


After killing 6 Murlocs, you can rise to level 3 and learn a new skill ( the warlock can learn to summon imps at this time)

It is also worth noting that the mission system of World of Warcraft version 9.0 has been optimized and improved.

The system will automatically remind you the distance to the target and point it with arrows. In addition, you can also mark on the big map and guide your teammates to this area when forming a team

After defeating the Murlocs, we are going to find the Alliance soldiers who were injured in the stranding and provide them with help. At this time you can also get a 6-segment novice backpack

When accepting the task of finding stranded soldiers, the system will remind you to open the map and teach you how to find NPCs, which is very considerate.

When you find the wounded soldiers, they will tell you that there are wild boars wandering around you, and the wild boars are the culprit who hurt them.

After that, the player has to kill innocent lambs and collect food for the hungry soldiers.

World of Warcraft classic trilogy: kill a few, whom to find, get a few.

After solving the survival problem of soldier's , we can rise to level 4 and learn the next brand new skill!

3. Battle with the wild boars

Before facing the boar, we should improve our personal abilities.

At this point, Captain Garrick will appear again to teach players how to strengthen their abilities.

If you are a warlock, Captain Garrick will teach you how to use dot skills and warn that long-range occupations should stay away from the enemy as much as possible, and strike the enemy at a distance.

It's almost the same as the current straight-up process, helping players quickly understand their professional characteristics both advantages and disadvantages.

After lowering the health of Captain

Garrick's , she will indicate that the player has completed the training and guide the player to go deeper into the adventure.

During the missions of the Boarman series, players can upgrade to level 5 and learn new skills (the warlocks can learn fear at this time).

After meeting with Captain Garrick, we found out that her child Henry was missing.

Sitting on the survey aircraft 5000, we can find an ogre summoning the undead in his residence, and Henry is captured by him!

4.Our good friends are not only murlocs, but also ogres

In order to defeat the undead army of ogres, dwarf technology is coming! Use the dwarf technology to zoom in on the wild boar, ride the wild boar to sweep the undead army of the ogre, and then confront the ogre directly with Captain Garrick. At this time, we learned that the ogre was using the vitality of this area to try to resurrect a skeletal dragon.

But we still defeated him with Captain Garrick. After defeating the ogre, the player can reach level 6.

At this time, the quartermaster content will be open to players, and players can buy an alliance tabard here to let you know your faction.

In addition, we can also get a standard backpack with 10 slots

After defeating the ogre, we are going to explore the remaining areas and try to escape from the exile!

At this time, the mission branched off, heading to the west or dealing with the threat of the Harpy.

After defeating a warlock with no eyesight, you can interact with his void portal, and then using the portal and the spell of this warlock, you will learn how to summon the voidwalker.

Personally, I think this setting is very good. As a new player, the monsters and characters be encountered are all new high-definition models, and the mission setting is also very reasonable. It can give new players a good experience from the first impression.

The subsequent story setting also has the characteristics of the alliance, allowing players to quickly integrate into their camp.

In the 6th level, the setting of professional missions was also added, and it can be seen that Blizzard really took care this time.

6.Defeat the Harpy and rescue allies

Rescue your allies in the territory of the harpy and destroy their totems. In addition, players can also encounter the second rare monster here.

Then go to an underground cave, defeating the undead hounds and spiders, and then rescue the allies trapped in the spider web.

At this point, the player can help a night elf druid, and the druid will turn into a travel form to help us escape the cave quickly.

Complete the fun game to purify the contaminated area, as a reward, we can get explosive movement speed bonus.

There is also a reward task that recommends five people to complete, defeating a crazy bear.

According to the current information, if you have defeated the bear without accepting the task, there is a treasure chest behind it. After opening the treasure chest, you can directly get the task reward. Not sure if it is a new task simplification model.

In addition, although the reward task is recommended to be completed by five people together, this warlock alone succeeded in brushing...

In order to escape the exile, we have to go to the northern part of the island and face the territory of the ogres: Darkmaul Castle. Everyone in Azeroth knew that the ogre had insufficient IQ, and sneaked into Darkmaul Castle after disguising as an ogre.

If you have completed the previous quests of Murlocs、wild boars、harpies and other tasks, the player can now reach level 9 and learn new skills. In order to escape the exile, the soldiers discussed and decided to completely destroy the ogre’s castle. At this time, they can accept three tasks: "killed like an ogre", "obtain a ritual stone" and "destroy a weapon of war"

Although the ogres in Darkmaul Castle were swept away, their leader fell into the castle and could not come out.

After discussing the current situation, the system will teach you how to use the dungeon finder to find teammate platoons.

In addition, even the humble red does not have to wait long, because there will be an NPC with a specific function to accompany you to raid the Darkmaul Castle-download the book with the NPC, and he will remind you to avoid skills, a new mechanism!

The slow Highmaul Castle in Darkmaul Castle has a sense of sight. After defeating the first boss, he will drop a 12-square bag. Mom no longer has to worry about my pre-checks are not enough!

After defeating the first boss, we have to face Gogloth, the leader of Darkmaul Castle. He hid underground when we cleared the Darkmaul Castle, but he couldn't escape the Alliance's trial in the end!

When Gogros's health drops to 50%, he will sacrifice his life and resurrect Lanier, the skeletal dragon.

Lanier's moderate difficulty is a brand new test for new players. There are also requirements for T's position, which is very suitable for new players to be familiar with the copy mechanism of World of Warcraft!

After defeating Lanier, we got a ring. At this time, the Wildhammer tribe also found us, and finally we can leave the exile!

It can be seen that the glass slag has worked hard for the novice game experience this time. When playing in the exile, there are certain mentions and teachings about the faction, racial characteristics, professional characteristics, and completion modes of various tasks. The scenery is also pretty good. Compared with some relatively old model and difficult task novice villages, I believe that the place of exile can get more praise from new players.

In addition, Blizzard has also added a new mechanism. As a newcomer, it is a great experience to carry out the dungeon strategy with the npc who accompanies him to complete the novice village task-especially the npc will remind you when the boss casts the skill .

The difficulty of the final instance is definitely simple for veterans, but it is still necessary for players to learn it who do not understand rpg games.