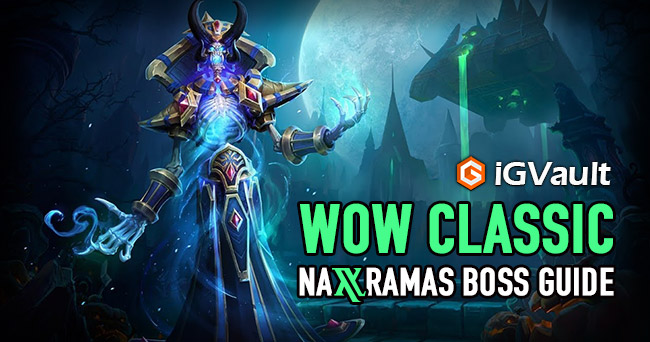 Today, Blizzard opened more instances of the Warcraft Classical Naxxramas test, let's take a look at the guidance of the plague zone.

Noth The Plaguebringer is the first boss in the Naxxramas plague zone. It’s will summon skeletons to support the battle, and will also use many combined skills similar to warlocks and mages. There are two stages in the battle.Minions will be called to join the battle in each stage. It is have no difficulty as long as the curse is resolved.

When the battle starts 110 seconds it will begin the second stage.

The second stage lasts for 70 seconds and it will switches back to the first stage.


Noth will teleport to the platform in the second stage, and will become invincible and summon 2 waves of mobs, 4 per wave. Rage: After the battle enters three cycles of two-phase interchange, Noth’s attack power will be increased by 1000%.

·Unclean’ Haigen is the second boss of Naxxramas plague zone. The dancing man, a very happy battle. The battle is divided into two stages. In the first stage, Haigen will  attack the player actively, and in the second stage, he will be teleported to the platform. There will be a halo of the plague cloud on his body, so the player has to leave the platform and prepare to dance. The dance will lasted 45 seconds.

The first stage lasts for 90 seconds and  converted into the second stage.

The second stage lasts for 45 seconds and converted into the first stage.

Haigen will teleport himself to the platform, and start to cast "Plague Cloud". The speed of the venom eruption under the stage will also increase.

Plague Cloud: cause 7500 natural damage per second to all people on the platform.

·Loatheb (the hater) is the last boss in the Naxxramas plague zone. Loatheb is a huge fungus monster, which allows all the healers enter to a DEBUFF state, and the 60-second CD of healing spells. Therefore, the team members must use a very strict order of eating items to minimize this damage. In addition, the boss battle cannot be delayed to end as soon as possible. All melee professional weapons must be attached to Crusader or Lifesteal.

Summon spores. At the start of 20 seconds, the plagued spores will be summoned. They will emerge from 4 wells. Generally, the 2 wells facing the boss’s back will brush the spores. The blood of the spores is very little, about 700. After being destroyed, it will be given to nearby players (the maximum limit is 5 people) a debuff, the melee professional critical strike will increased by 50%, and the spell critical strike will increased by 60%. At this stage, there is no hatred for any skills and damage, and lasts for 1 minute and 30 seconds.

Inevitable bad luck. 2 minutes after the start of the fight, the boss will give all players a debuff within 100 yards. After 10 seconds, they will suffer 2550 shadow damage. After that, it will be activated every 30 seconds. After the boss fight is started 5 minutes, the trigger time of the Curse of Doom will be adjusted every 15 seconds at one time.
">